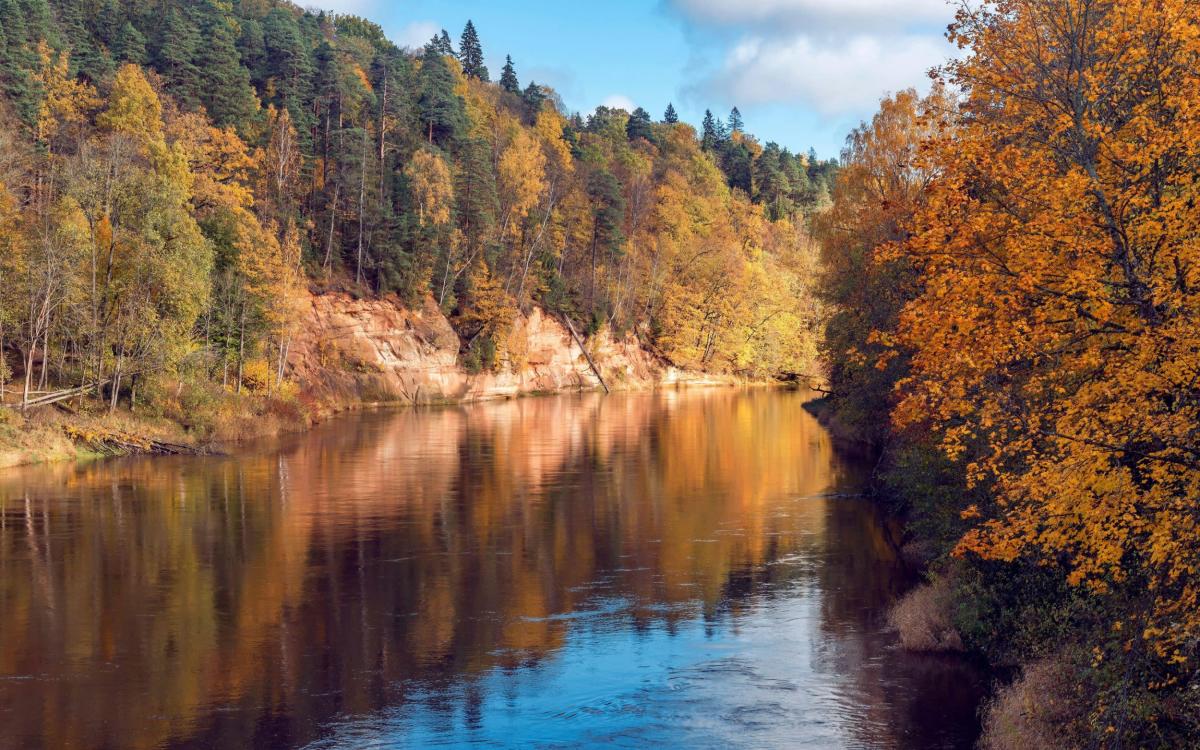 “That’s the first thing they do,” said adventure guide Maris Resnis. “For Latvians, when they have free time, a vacation, whatever… they go to the forest. In Soviet times was the Cheka [Latvian KGB] didn’t like going to the country, so people thought they could go a little further away in the woods, be together and maybe talk about freedom.”

Forty miles north of Riga, Sigulda is the gateway to Gauja National Park. From here, Maris and I planned to walk two sections of the Meztaka Forest Trail, which connects more than 600 miles of hiking trails across Latvia, Lithuania, and Estonia. Maris and I strapped on our backpacks and glanced at the interpretive signage of the trailhead. After all, who needed instructions when the golden foliage of the dense deciduous forest awaited them?

“What about bears?” I asked. Brown bears on the shield. Maris cleared her throat. “I led [in] these woods for years and I’ve never seen them. People ask, “What do I do if I see bears?” I tell them: get your camera.”

A few yards between the trees, a jay swooped out of the canopy and eyed us thoughtfully. “We don’t have big mountains or big lakes. It’s not the Rockies. But we have forest,” Maris explained. Almost 54 percent of Latvia is forested (compared to around 13 percent in the UK). From Sigulda to Ligatne, the trail meandered in unassuming Latvian fashion through deep forests, occasionally criss-crossing sandstone cliffs and the sandy channels of the 280-mile Gauja River.

On the way we talked about the relation of Latvians to the forest. “It has old traditions, older than Christianity, and some are rediscovering them, including my father,” Maris said. He described Dievturiba, an early 20th-century folklore movement that was registered as a religion in 1990. “For some, it’s just old songs,” Maris said. “For my father, it goes deeper: it’s about energy, the connection with the forest. Nothing is created or destroyed, it just changes form. 99 percent of Latvians have this belief.”

Maris checked his GPS and pointed to a left fork. The broad Gauja stream appeared through the thinning trees. Startled, a flock of ducks rose noisily into the air. “You know, trees are energy for us,” Maris explained. “But it has to be the right tree. Oak is good for us, linden for women. That pine over there, it sucks energy. Some think it’s crazy to hug trees, but Latvians do it anyway.”

When we got to the outskirts of Ligatne the miles started to say. Raindrops hastened our stride along dirt forest trails to our overnight stop, a former Soviet military helmet factory. Luckily, the Zeit Café’s cuisine had evolved significantly, catalyzed by the triumph of capitalism. We slept well.

We were joined the next morning by Mara Sproge, a key figure in the planning of the Meztaka Route, which officially opened in September 2020. “We’ve had mostly positive responses,” she said. “We consulted with locals, explained companies the benefits, avoided disgruntled owners and dogs – and then we hiked the trail ourselves.”

We passed blacked-out windows and the sprawling red brick buildings of an abandoned paper mill that was once the town’s main employer. Ligatne has reinvented itself. Lumbermill workers’ houses have become guesthouses for wanderers (and for those visiting the city’s once-secret nuclear bunker, the likely redoubt of the Latvian Politburo where a Cold War apocalypse took place).

The road is less traveled

Back in the forest, carved sculptures appeared along the trail. Some were animals, others more ambiguous. “They’re part of a mythological trail,” Mara said. “Christianity is not that strong here. The traditional gods of the forest are remembered. Though not consciously, people still ask for her help and blessings.”

For a while we followed the longest tributary of the Gauja, the Amata, a turbulent favorite of kayakers. Maris highlighted the dangers of the river. “I go rafting. The level here changes quickly by more than two meters. About seven people die every year.” Rather than risk life and limb, we took time to see the iconic Zvartes rock before stopping at Karlamuiza, an elegant country hotel surrounded by apple orchards.

Once part of the estate of an 18th-century Scottish merchant, lunch consisted of pumpkin, pork knuckle and apple, complemented by dark ale. “We are offering an exceptional opportunity to do absolutely nothing,” said owner Baiba Stepina.

Doing nothing was not an option for us. Past feeding fields guarded by hunting towers, we were soon back in the forest. Sunshine broke through the dull, misty light of day and filtered through the larch canopy to illuminate the glassy pools below the Spogulu Crags. Ethereal black and white portraits peered out from under the water like Ophelia, part of an art installation. “It doesn’t feel like it, but we’re close to Cesis now,” Maris said. As if on cue, a lone jogger appeared in front of us, passing without confirmation. Around the next bend, the trees gave way to a campground and the town’s recreation area.

Deep and dark, colorful and light, old and new, Latvia’s forests define the landscape and the people. I had run 30 miles, a fraction of the total distance, and at a rate directly proportional to my modest understanding of both. What had become abundantly clear, however, was that a new generation of Latvians are searching in these forests for answers from before the Soviet occupation and pre-Lutheran doctrine.

Regent Holidays (regent-holidays.co.uk; 020 7666 1244) offers a 10 day Baltic Fly Drive holiday from £1,190 per person including Gauja National Park. The price is based on two parts, including round-trip airfare, nine nights’ accommodation in three or four star hotels with breakfast and 10 days’ car rental. Air Baltic (airbaltic.com, 00 371 67 006 006), WizzAir (wizzair.com, 0905 707 0000) and Ryanair (ryanair.com) have flights to Riga from London and regional airports from around £60 return. Visit baltictrails.eu and lettia.travel for more information

Have you ever bathed in the forest? Please share your experience with us in the comments below 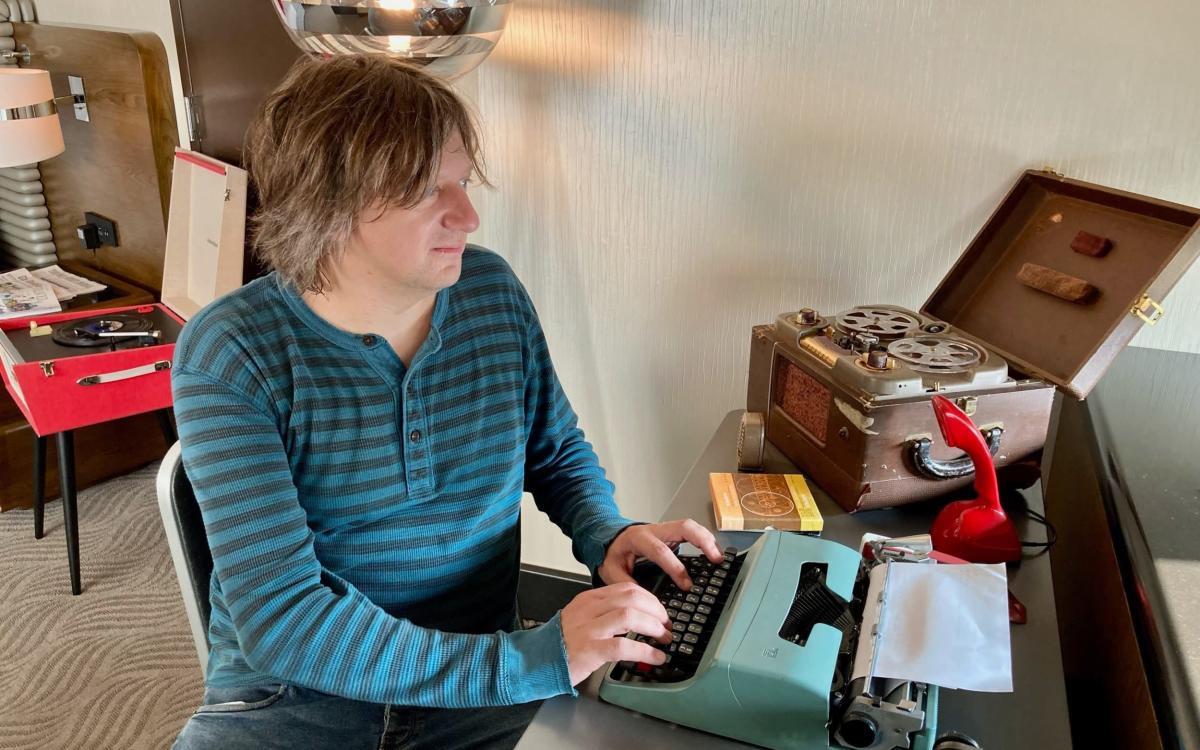 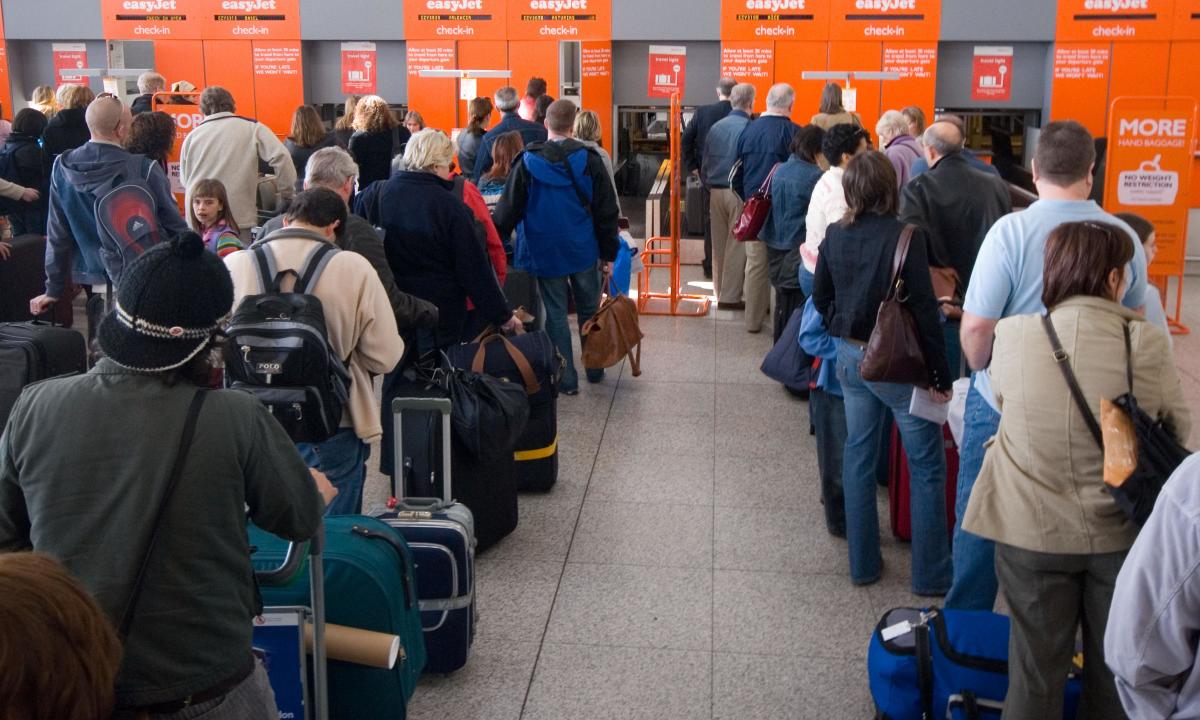 We fly into months of travel chaos in the UK. But who protects the passengers? 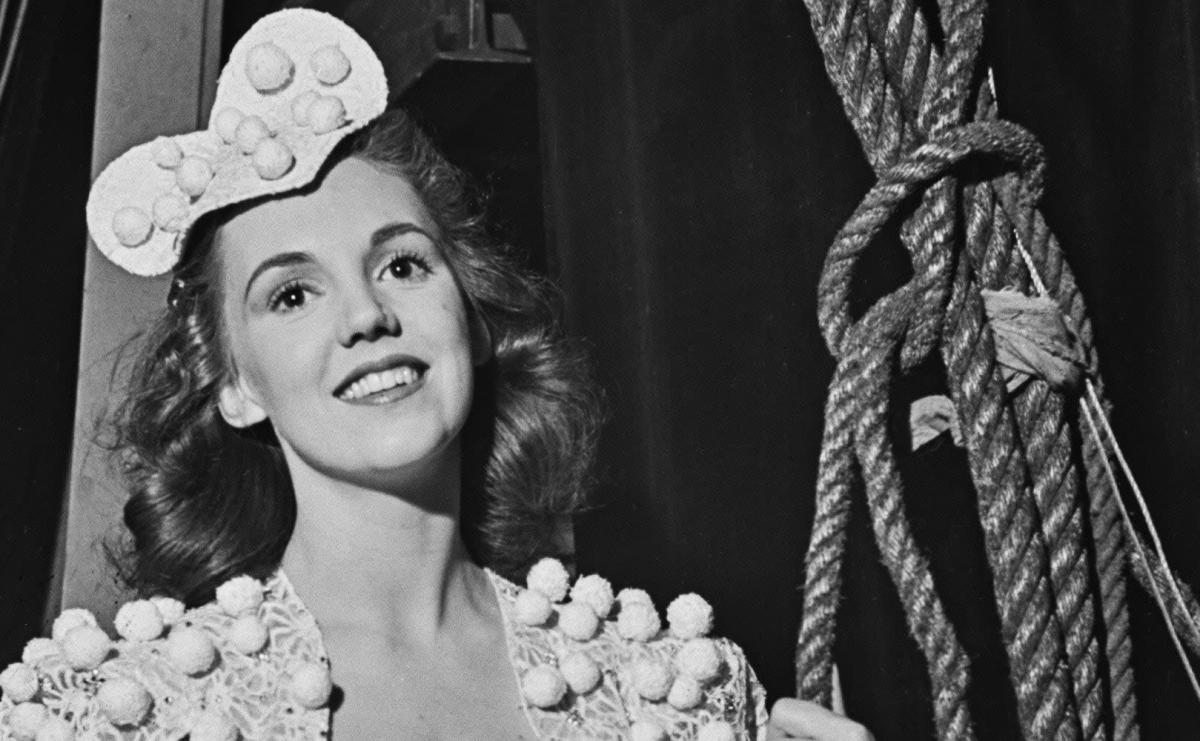 Carol Raye, British-born comedy star who emigrated to Australia and made it big with The Mavis Bramston Show – obituary