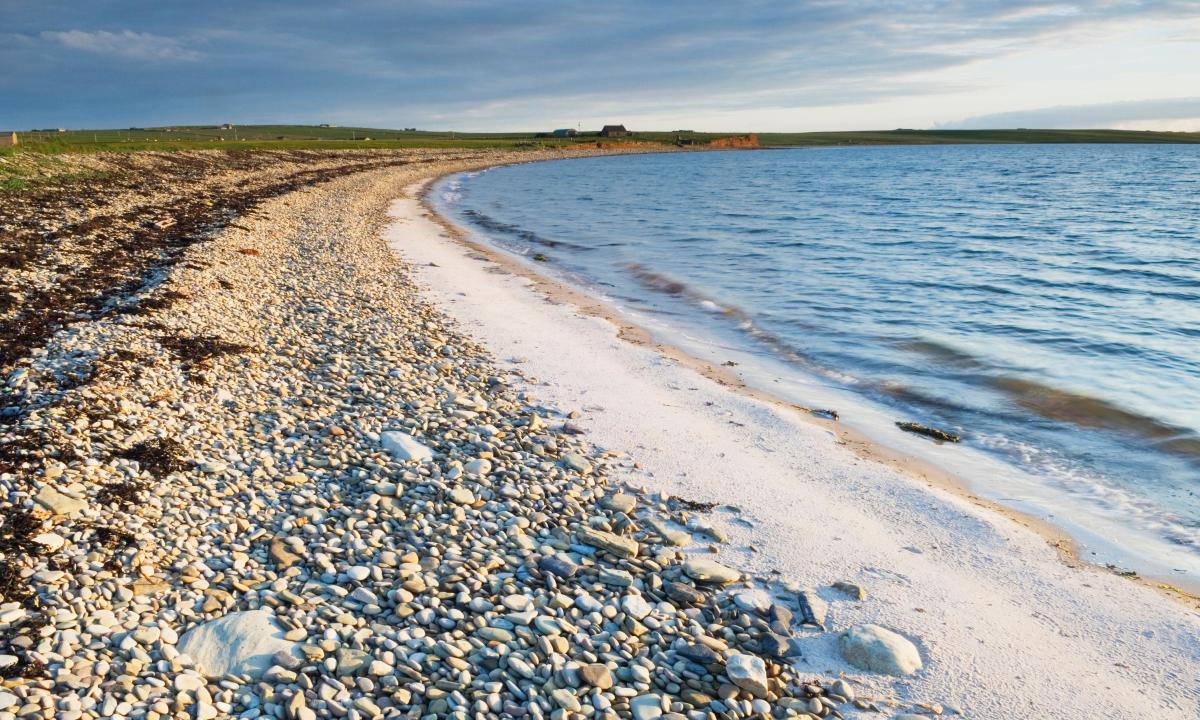 The wind is fierce, making it fast weather, but Louise Hollinrake and I are moving as slowly as we can along the deserted bay of Furrowend on Shapinsay Island. I say deserted, but now that we’re doing practically nothing but concentrating on our slow walk (a Buddhist meditation tool, Louise says), it’s clear just how busy the place actually is. I hear a cacophony of sounds of a flock of long-tailed ducks, the lapping of the waves, and the sound of Louise’s dog paws on the sand. The blues and grays of the sea and sky are more pronounced, and the force of the wind is impressive (it’s not unheard of in Orkney for storms to tear down car doors).

Shapinsay is one of Orkney’s more than 70 islands: it is seven miles wide and has a population of 300. There is no pub, no restaurant, no cafe and there is only one accommodation. But there could be more tourists soon, thanks to a new guide to mindful travel called Shapinsay Reflective Routes, written by residents like Louise who want to share the island’s tranquility, wildness, nature and space for contemplation with visitors.

You don’t have to stay on Shapinsay to enjoy the hiking and biking trails, beaches and wild swimming: most visitors arrive for the day after a 35-minute ferry crossing from Kirkwall. First, though, there’s the long journey to Orkney itself. Even from Glasgow, where I live, it’s a six-hour drive to Scrabster, then a 90-minute ferry ride to Stromness and a trip across to Kirkwall.

The guide’s authors encourage visitors to view the journey as preparation for the experience. “There’s something about the time it takes to come here that takes you away from the hustle and prepares you for a different perspective on life,” says Julia Meason, Church of Scotland vicar for Shapinsay. “The island’s Old Norse name was Hjalpandisey, meaning ‘helping’ or ‘leading’ island. That was one of our inspirations for the project.”

Julia lives in Kirkwall, so we’ll meet on the ferry, stand on deck and watch the long, low green isle draw closer. We dock at Balfour, which would be a hamlet elsewhere in Britain, but here is the capital: a single street of stone houses below the 19th-century castle. First stop is the village shop, which sells rhubarb and strawberry jam made on the island, in addition to all the usual staples. Standing behind the counter is Carol Moncrieff, one of the guide’s photographers.

On our way to Furrowend to meet Louise, Julia and I only see a couple who have hired electric bikes from the port (£7.50 per day); There’s a lot to do on Shapinsay in a day, and a bike is a good idea (cars are allowed, but cycling or walking will give you a better feel for the island). In addition to the slow walking, Louise, who moved here 35 years ago to originally lead walking courses, has contributed a water route to the guide. Shapinsay’s “Tear”, Helliar Holm, is peppered with caves, beaches, coves and passages to explore.

The sun peeks through the clouds, illuminating the wild flowers and seascape beyond the stone arches

Next stop is the Old Kirk in the center of the island. It is now a ruin, although worship here dates back to the 14th century and the present roofless church was built in the 19th century. Sheila Garson is the author of the Kirkyard section of the guide. Apart from a brief stay in Kirkwall, she has lived on Shapinsay her entire life. “I’m Orcadian first, Scottish second, and British third,” she says.

It’s still windy, but the sun peeks through the clouds, illuminating the pretty wild flowers and seascape behind the stone arches. Sheila shows me some of the graves including that of William Borwick and his three young daughters who went to Kirkwall on November 3rd 1822 to attend a service: all four and eight others drowned when their boat overturned on the way back.

Time and time again, the guide’s authors connect what a visitor sees and feels on Shapinsay with their broader life. On the walk from the pier to Weland Beach, which takes about two hours, you’re encouraged to sing out loud because it improves mental health and reduces stress. The guide suggests doing this to synchronize your life with the nature around you and, when you go home, to sing more often. You are encouraged to look inwards rather than outwards: don’t think about the images you can post on social media, but consider how the crashing waves, the empty field, or the single flower compare to your own connect life. Revel in the sounds you hear, the scents you smell and the sights you see. and when you go, take your newfound appreciation for the outdoors with you.

Many residents rarely leave the island. “I drive over to Kirkwall about every month – it feels as busy as London,” says Louise. This makes me laugh (Kirkwall has a population of 8,500); but when I get there on the last ferry, the early-evening hustle and bustle takes my breath away. Then I know I’ve had a proper reset, Shapinsay style.

Reflective routes by Shapinsay (£6) is available from the Orcadian Bookshop, or in the island shop. The trip was provided by northlinkferries.co.uksailing in between Scrabster and Stromness (and also between Kirkwall and Aberdeen). Orkney Ferries is departing Kirkwall to Shapinsay. Kevock B&B (double £72) in Kirkwall is operated by Jane Liptrottheir memoirs of daughter Amy The spout will be filmed in Orkney, main role Saoirse Ronan. On Shapinsay itself Iona Cottage six people from £300 per week

What I learned from my first vacation with my autistic son 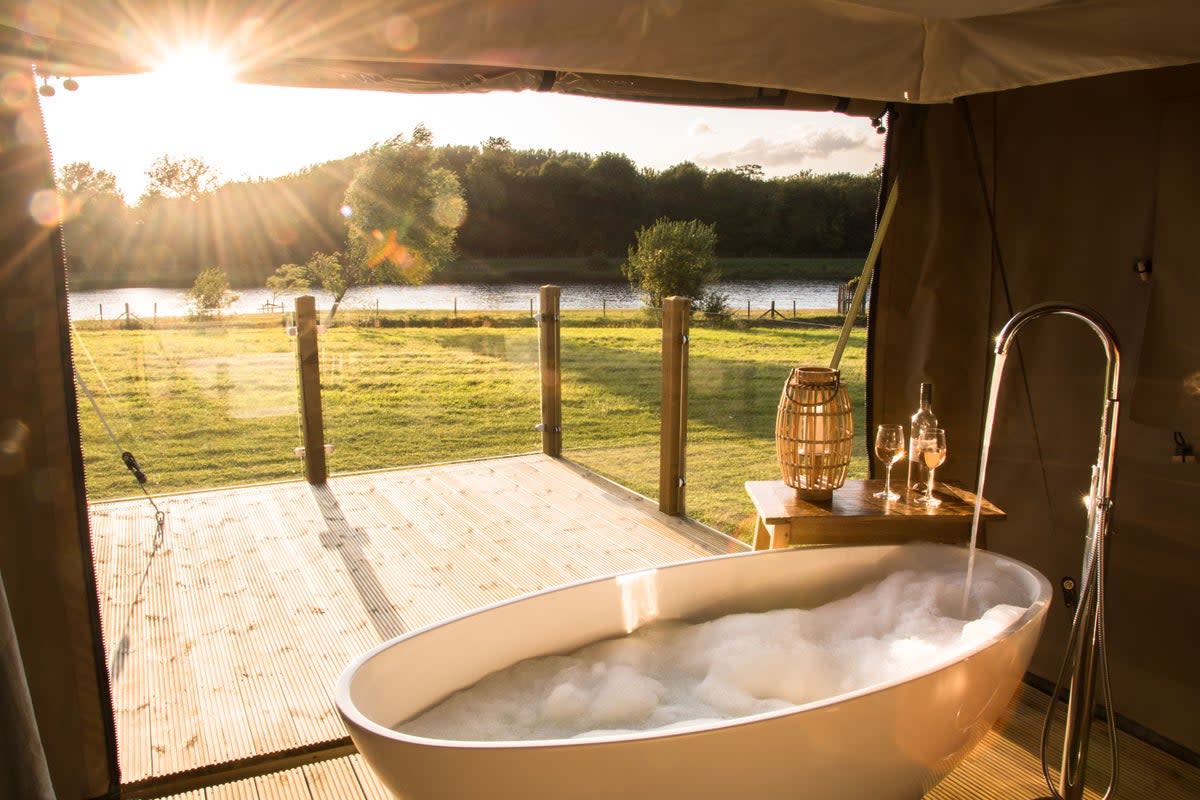 10 of the best glamping spots in the UK