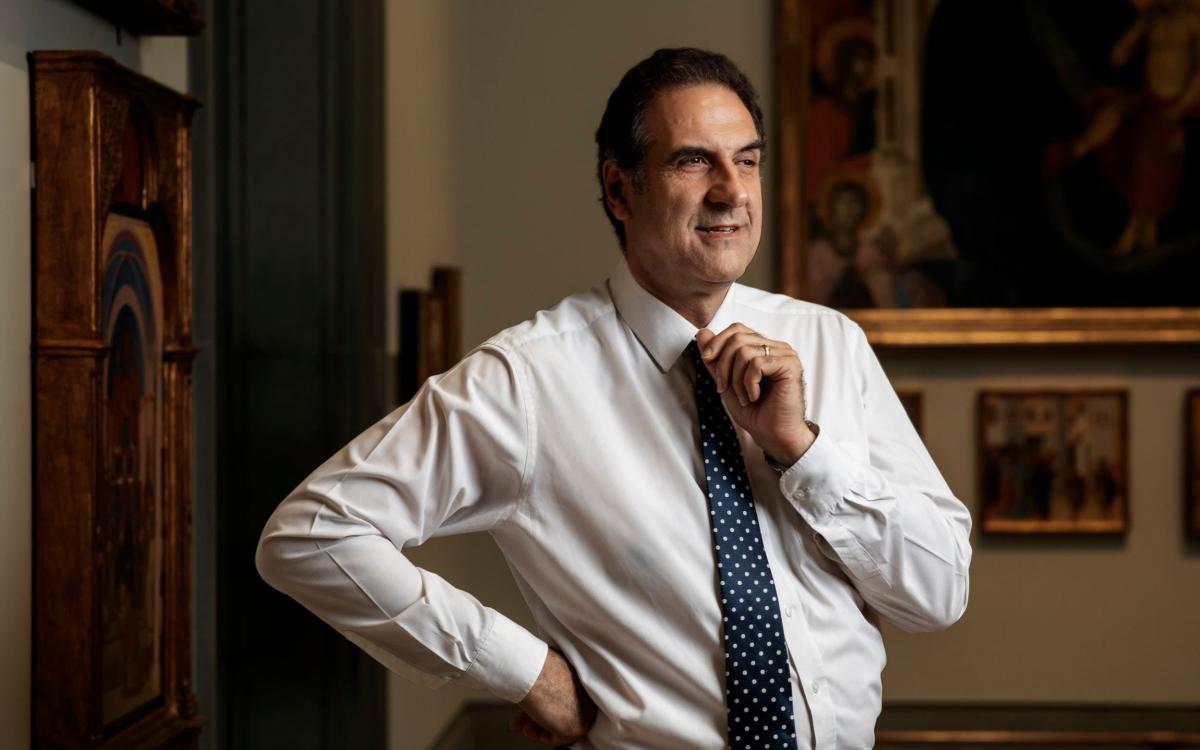 “We do a lot of things at the National Gallery that are very serious and scientific,” says its director, Gabriele Finaldi. “So it’s perfectly fine to add some excitement and sparkle as well.” Sitting in a sparse office overlooking Trafalgar Square is Finaldi – a deep-voiced patriarchal figure who, at 57, has run the gallery for seven years – and refers to a red carpet event taking place there tonight: London’s answer, if you will, to the extravagant gala that takes place each spring at the Metropolitan Museum in New York.

The evening, which was due to be attended by stars including Sienna Miller, Damian Lewis and Bill Nighy, kicks off a fundraiser for the gallery’s 200th anniversary celebrations in 2024 – details of which are announced today under the heading ‘NG200’. And Finaldi hopes the party’s theme, “The Alchemist’s Feast,” will encourage guests to turn the base metal of goodwill into the gold of donations – because the gallery’s ambitious plans, which include a number of “significant” capital projects include will cost £95 million.

That may sound like a lot to ensure the gallery’s future, but Finaldi believes the art in its collection is of “fundamental” importance to both Britain and the world. And that’s especially true today, when the precedence of the European tradition, for which the collection stands, no longer exists.

“We are in a time where we feel we have to constantly question the past. And we think a lot of what has come from the past is bad and needs to be corrected,” he says. “[But] There’s a lot from the past that we ultimately rest on. You might want to question what the National Gallery represents and say it’s irrelevant. You might want to say that our institution should move in different directions. And that’s all right. But I think what we have here is the main story in a way.”

He also says: “What we find is that people are still obsessed with this tradition. They like coming to Raphael and Michelangelo and Velázquez and Caravaggio because they have a fundamental interest in us. They tell us things that are revealing about ourselves. Their works have exceptional technical ability. You can reach us.”

So far, he points out, the gallery has already managed to secure £50m for the bicentenary programme, which he calls “a year-long arts festival”. Won’t it be a challenge to find the rest? It’s true, Finaldi agrees, “certain types of support that we were perfectly comfortable with a generation ago no longer work for us”: recently, for example, the gallery removed the Sackler surname, which has now become synonymous with America’s opioid epidemic has become a space dedicated to British art. But, he says, there are several “important conversations” going on, and “usually by the time you announce your campaign, you’re a third to halfway there.”

Still, the construction work alone, led by Selldorf Architects and expected to take five or six years, is said to cost £85million – although according to Finaldi “no new galleries” will be added. (The various projects may seem like “small interventions,” says Annabelle Selldorf, but “I can promise you that they are very complicated.”) A dedicated area for members and a modernized research center are in the pipeline. But the main goal, Finaldi explains, is a “complete rethinking” of the entrance to the post-modern Sainsbury’s Wing to make it “more open and welcoming”. The first floor restaurant will disappear, creating a “light” and “airy” double-height foyer, and the outdoor public space will be redesigned.

Sacrifices will be necessary. From the end of this year, the entire extension will be closed until spring 2025. Finaldi therefore admits: “We probably look at less than half of the collection [of around 2,400 pictures] be visible”.

Recently, a former gallery director, Charles Saumarez Smith, described the Sainsbury Wing’s cramped, subterranean exhibition spaces as a “very significant deficiency” – and now its threshold is being redesigned. So was the building opened in 1991 a mistake? “No,” replies Finaldi, who argues that it does “several” things “extremely well”: Upstairs, he points out, the galleries are “virtually perfect.” At the same time, he recognizes the “limitations” of the basement. “In due course,” he says, “we’ll have to resolve this. There is a lot to think about beyond NG200.”

When the Sainsbury Wing finally reopens, there will be a ‘special’ re-exhibition of the collection, with new thematic moments and transhistoric pairings. But “the gun blast at the beginning,” says Finaldi, “is what we call the National Treasures Tour”: 12 exhibitions opening simultaneously in the four nations, 200 years after the gallery opened in a townhouse on Pall Mall , after Parliament bought 38 paintings previously owned by its owner, banker John Julius Angerstein, to everyone’s delight.

Each exhibition will feature a ‘treasure’ from the collection, including the Wilton Diptych, a 14th-century altarpiece alongside The Fighting Temeraire by Turner and Monet’s Water Lily Pond.” Is the initiative an example of “leveling”? “We need to hear what the government says,” Finaldi replies cautiously. However, he prefers to “talk about being a true national gallery: if the people of this country own the collection, we need to find ways to make that clear.”

Separately, British artist Jeremy Deller will unveil a new and, as Finaldi puts it, “celebratory” and “participatory” nationwide commission entitled The Triumph of Art. Since Deller’s work together often involves parades and marches, will he draw inspiration from Cimabue’s famous Madonna, a 19th-century painting in the National Gallery by Frederic, Lord Leighton being carried in a procession through the streets of Florence? “That’s right,” Finaldi replies. “That really impressed him.”

Back in London there will be an exhibition dedicated to Van Gogh – the gallery’s first. (“You’ll be surprised,” Finaldi says.) One of the greatest challenges for himself and his successors, Finaldi believes, is “telling the story [of] what we have here that we deeply believe in and believe has universal value” – and make sure it will still be told two centuries from now. “Accessibility” and “relevance” are two of Finaldi’s buzzwords – and before the pandemic the strategy seemed to be working: “We were already starting to think about seven and eight million people,” he says. (Today, with international tourism still in the doldrums, “the numbers are in the 30 to 40 percent range of where we were.”)

But Finaldi insists that accessibility doesn’t come at the expense of erudition. He emphasizes the fact that he is investing in “a big research facility” as part of NG200: “Some people say, ‘Do you really need a research center? Isn’t it more about reaching the general public?’ But if you don’t have the serious scientific research to back it all up, it’s easy to get into trouble and end up repeating banalities.”

However, he also recognizes the difficulty of making palatable to a modern audience, for example, “What Happens in 14th-Century Siena” (the subject of another newly announced exhibition planned for 2025).

His solution? To continue to innovate with the gallery’s “intermediary role”. The way forward, he believes, is “to speak in a language that is familiar, especially to younger generations.” “With ‘immersive’ and digital ‘experiences,'” he says, “we were at the forefront out there. They weren’t all perfect” — for example, last year the gallery approved a digital initiative with My Little Pony, which my colleague Laura Freeman called “really awful” — “but I think they showed audacity in trying to go public achieve in innovative ways. So I stand by them.” He also continues, “I hope that the way I run the gallery balances my interest in science with my missionary zeal. I don’t think they are opposites.”

And with that, this evangelist leaves for the Old Masters to talk about an exhibition he’s curating next year – about the 13th-century Saint Francis of Assisi. Now there’s a historical figure fit for “serious and scholarly” study who still feels remarkably “relevant” thanks to his love of nature. 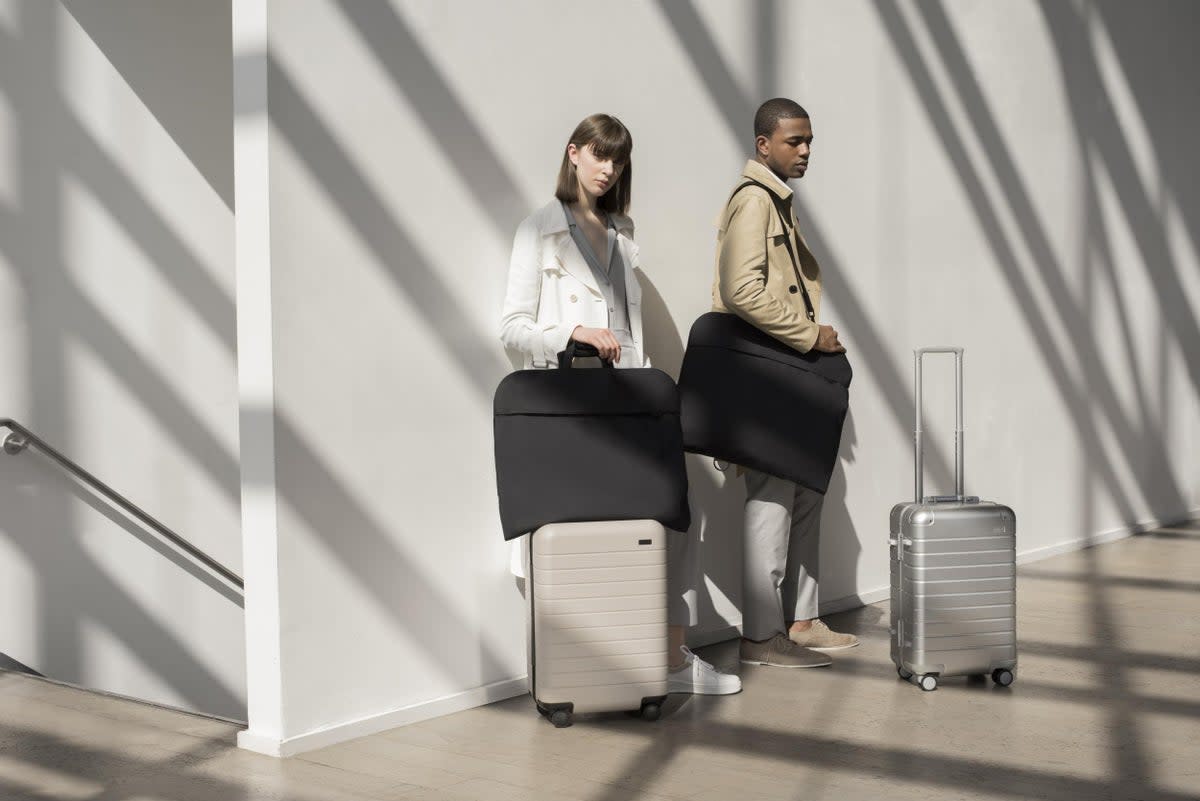 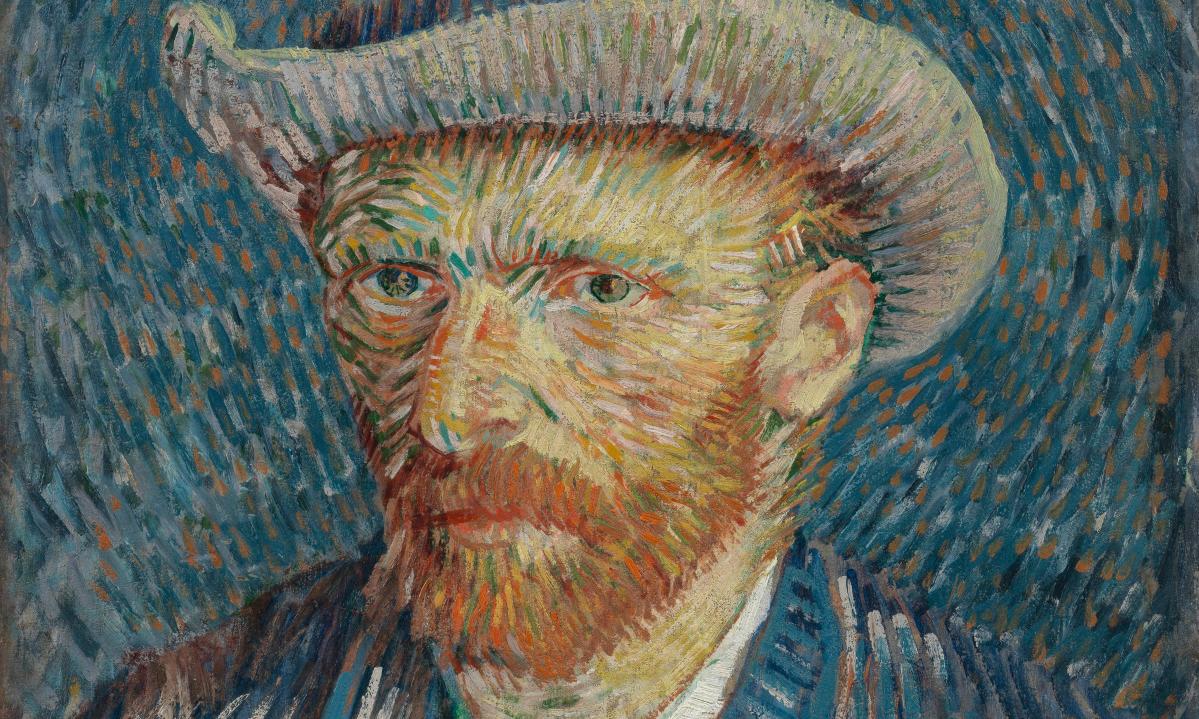 why Van Gogh’s “empty chair” paintings were never shown together 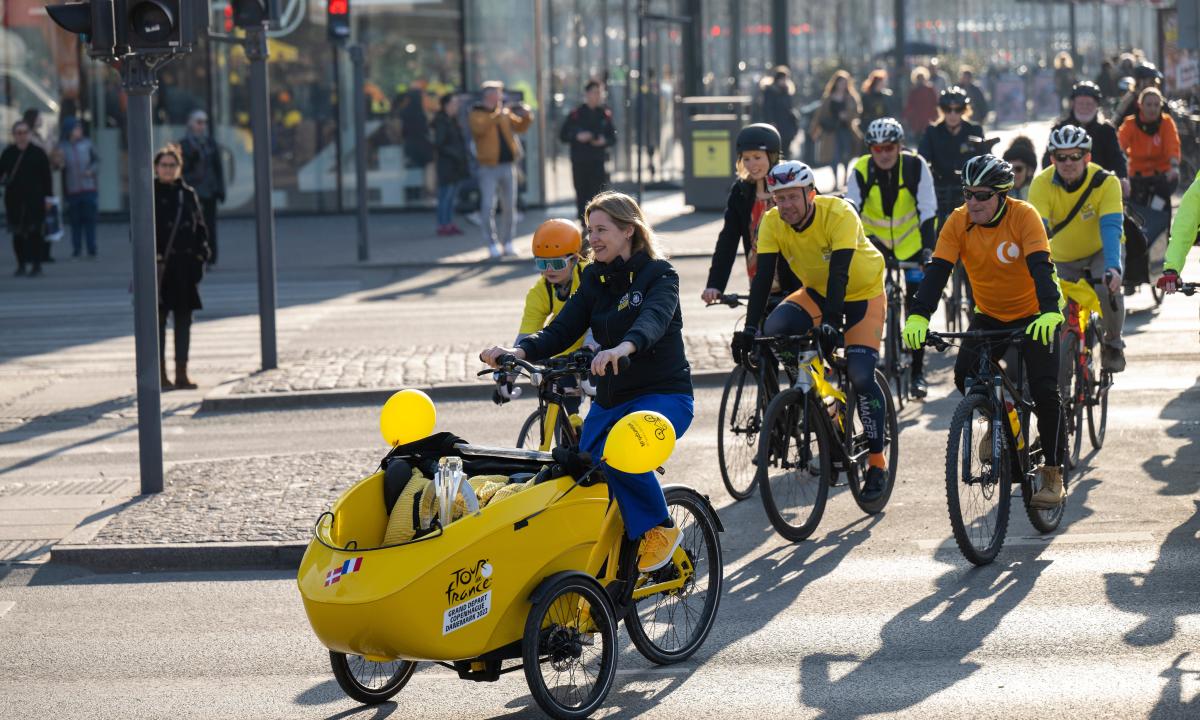 The first time I enjoy cycling in a city: my Tour de Copenhagen