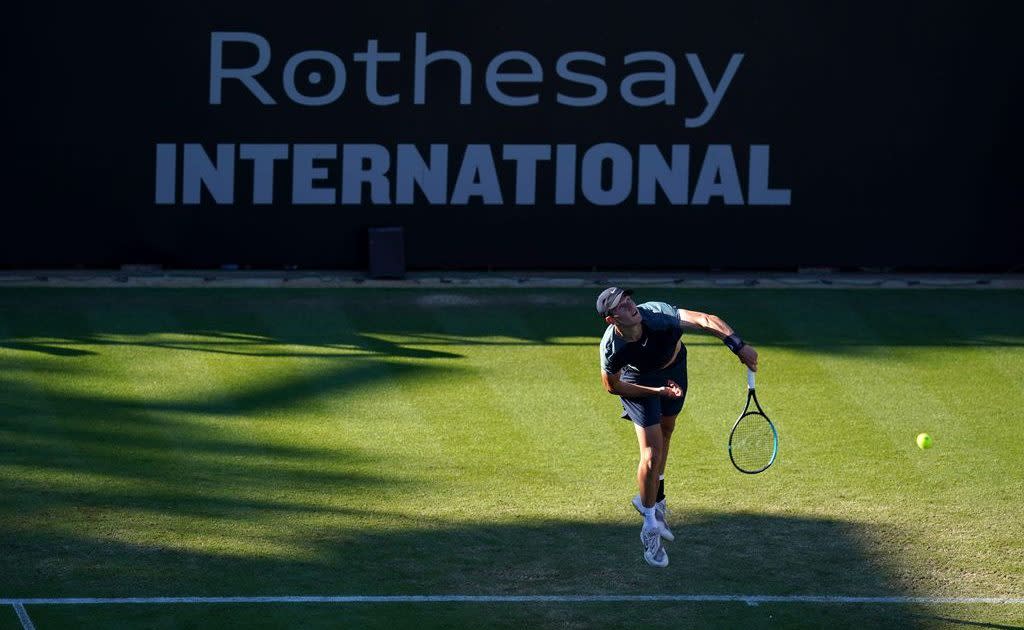 The 20-year-old became the last British player to stand at Rothesay International thanks to a brave 6-3, 6-3 win over his compatriot.

His powerful performance at Devonshire Park was underpinned by aggression and fighting.

Still, he kept expressing excitement and chiding himself after mistakes, drawing comparisons to three-time Grand Slam winner Murray’s demonstrative behavior on the pitch.

“It’s difficult; I’ve never been someone incredibly calm and composed and like ice on a tennis court,” said Draper, who will face French-born American Maxime Cressy in the last four.

“That’s the unique thing about tennis: everyone has a different mentality. Mine is a bit more fiery, so it’s difficult to stay calm all the time.

“If I was quiet all the time, I probably wouldn’t bring out the best in myself because I’m just not like that.

“Andy has a similar personality I think. He’s someone who likes to compete, wants to win all the time, and sometimes that creates a little trouble here and there.

“If he was someone who never got pumped up or emotional, maybe he wouldn’t have had the success and career that he’s had, it’s definitely a balancing act.”

In a first tour-level meeting between the left-handed wildcards, tournament debutant Draper dropped the first two games but won six of the next seven to take the opening set.

The second set followed a similar pattern, with the world No. 108 erasing a 3-1 deficit by winning five straight games to reach the first ATP Tour semi-final of his young career.

Draper is set to compete at Wimbledon next week and while he is fully focused on the current competition, he insists he fears no one.

“I’ve obviously gained a lot of confidence this week that I can carry into future tournaments,” said Draper, who took the opening set from Novak Djokovic in his first-round loss at SW19 last year.

“Everyone in the Wimbledon draw is obviously a great player and whoever I play against is going to be very tough.

“There is no doubt that I can go far, but at the same time a lot of things have to come together for this to happen.

“I definitely believe in my ability and my game to beat the best players in the world, especially on grass because it’s a bit of an equalizer I’d say.

“I will go to Wimbledon and whoever I play against I will be confident.”

The all-British clash provided much-needed cheering for the home crowd after Cameron Norrie and Harriet Dart were eliminated in Thursday’s quarter-finals.

Cressy, who also defeated Dan Evans, will be aiming for a third consecutive British scalp on Friday as Draper prepares for a difficult task.

“It’s going to be a real test because he’s obviously playing great this week, but I’m looking forward to the challenge,” he said.

After a strong grass season so far, Peniston is now looking forward to realizing the dream of playing at Wimbledon.

The 26-year-old is crossing his fingers to meet 22-time Grand Slam winner Rafael Nadal at the London Championships.” He’s been one of my idols since I was a little boy, so it would be outrageous to go against him on the Playing Center Court,” he said of the Spaniard.

While the 26-year-old was disappointed with a result that denied him a meeting with Draper, he insisted preparation for the upcoming home game had been more than satisfactory.

“It was perfect, just what I needed and I’m going back to London now and I’m obviously just preparing for Wimby,” Norrie said.

In the women’s game, an injured elbow in Ukraine’s Lesia Tsurenko meant that Brazil’s Beatriz Haddad Maia had to face Kvitova.

Reigning champion Jeļena Ostapenko will face Camila Giorgi in the other half of the draw. The Latvian defeated Anhelina Kalinina 6-3, 6-2, while Italy’s Giorgi defeated Viktoriya Tomova 6-2, 6-1.

The article Jack Draper admits one aspect of his personality is comparable to Andy Murray, appeared first on Tennis365.com. 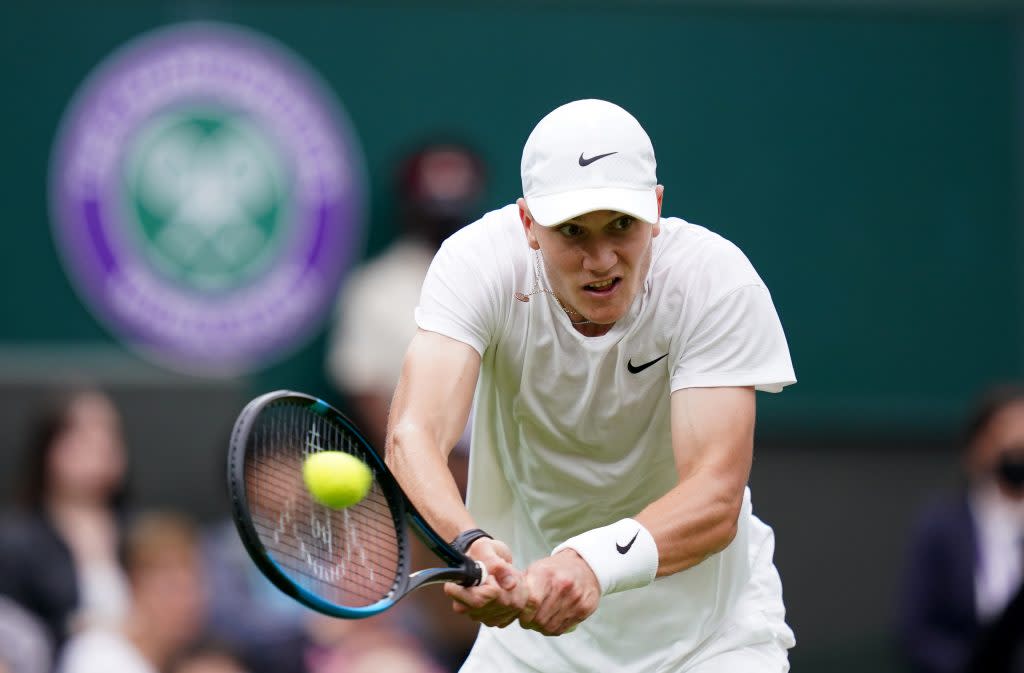 Jack Draper feels ‘ready to be dangerous’ after last four runs at Eastbourne. 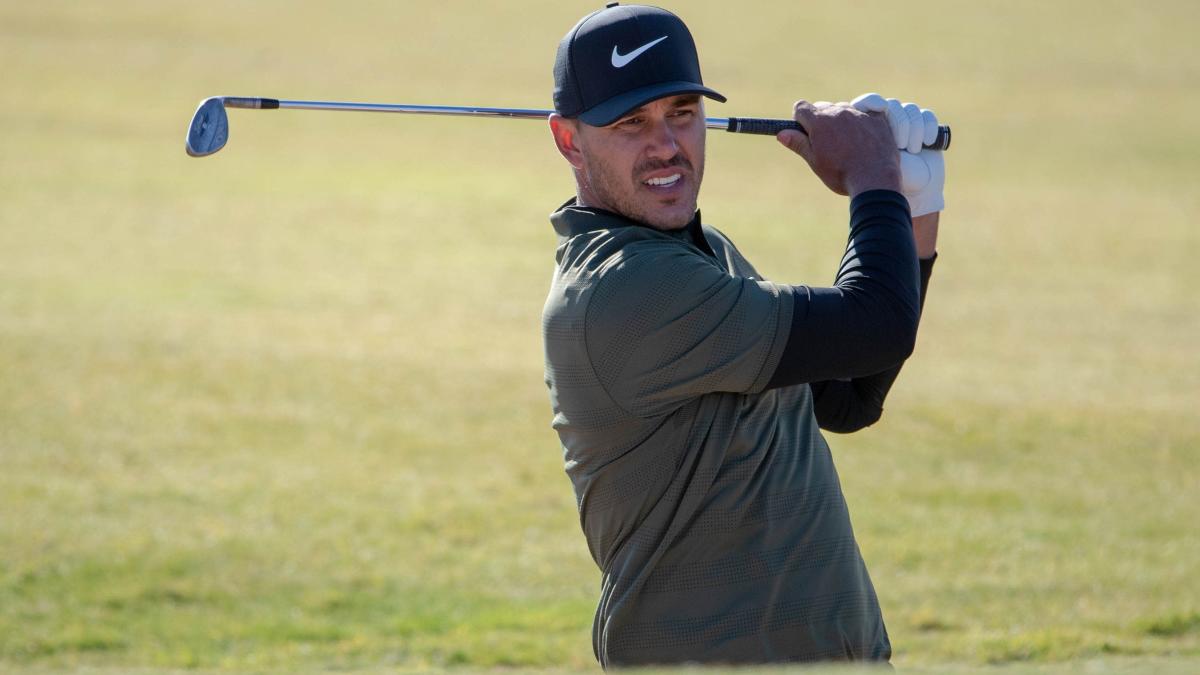 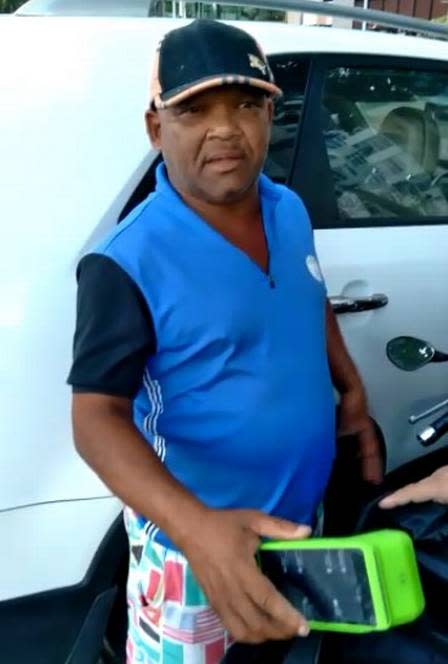